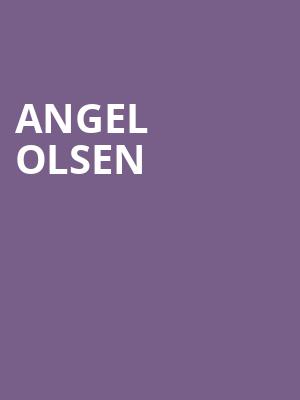 Don't miss Angel on the road

While her first couple of albums were folky, sparse affairs, Angel Olsen now stands as one of indie rock's most acclaimed artists, with tracks like 'Shut Up Kiss Me' and 'Hi-Five' to her name. 2023 sees her hitting the road again with Erin Rae in support of her recently released sixth studio album, 'Big Time'.

Blessed with an unmistakable voice that seamlessly pitches from a husky whisper to operatic cries, St. Louis-born Angel Olsen first emerged as a member of backing member for Bonnie 'Prince' Billy, before hitting out on her own. 2014 saw a change in Olsen's sound, from folky affairs to electrically charged, surging Burn Your Fire For No Witness. Her 2016 record No Woman continued the trend, as evidenced on the insanely catchy single 'Shut Up Kiss Me'.

Sound good to you? Share this page on social media and let your friends know about Angel Olsen at Baltimore Soundstage.