Sorry! You missed Disney's Beauty And The Beast at Hippodrome Theatre 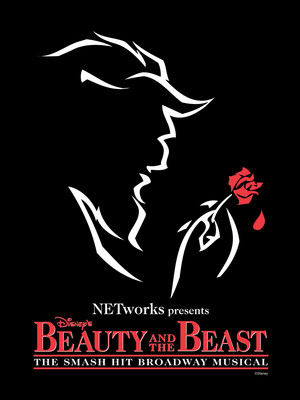 Disney's Beauty And The Beast

It has a better score than most Broadway shows...

Why See Disney's Beauty And The Beast?

Join Belle and the Beast for one of the great musicals of the modern era. Adapted from the classic Disney animation, Beauty and the Beast has now been seen by over 35 million people worldwide since its premiere in 1994. Featuring all of the beloved songs from the original movie, including Be Our Guest and the title track, the show also includes additional numbers from original composer Alan Menken and musical theatre legend Tim Rice. An absolutely magical show, Beauty and the Beast still remains the standard by which all others must be judged. The national tour hits Hippodrome Theatre in Baltimore, MD, Closed May 15, 2016

What is Beauty and the Beast About?

Beauty and the Beast follows the fortunes of Belle, a smart, beautiful young woman living in a quiet village in France. She longs for a life less provincial and more like the adventures in the books she reads. When her father goes missing in the woods one day, Belle sets out to find him, and happens upon an old castle in the heart of the forest. Inside dwells the Beast, a wild and savage creature, who was once a young man, but was cursed by an enchantress for his vanity and pride. Only by learning to love and be loved for what lies within, rather than exterior beauty, can the Beast reverse the spell.

Belle and the Beast strike up a tentative friendship, one which may well prove to be the Beast?s salvation. But time is running out, and if the Beast does not learn his lesson quickly, he will be doomed for all eternity

History of the show

The Walt Disney Company knew they were dealing with a magical tale when they released Beauty and the Beast in 1991. The movie was such a hit that it completely revived the ailing Disney animation department and went on to become the first animation to be nominated for Best Picture at the Academy Awards. Buoyed by its phenomenal success, Disney earmarked the story for its first ever foray into Broadway. The Beauty and the Beast musical premiered on the Great White Way more than a decade ago, where it won a Tony and went on to become the eighth longest-running musical in Broadway history.

Beauty and the Beast is suitable for children of all ages.

2 hours and 30 minutes with one 15 minute intermission.

Best entertainment I have had in over 10 years! This was a fantastic production!!!... more

Sound good to you? Share this page on social media and let your friends know about Disney's Beauty And The Beast at Hippodrome Theatre.