Sorry! You missed Motown - The Musical at Hippodrome Theatre 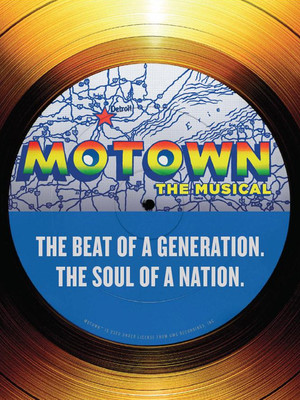 "The hit machine is running on all cylinders in 'Motown'!"

Why See Motown - The Musical?

In its final weeks, ending in June

More than just a Broadway show, Motown: The musical is an incredible look back at the country's most loved genre and the music that transformed America. This hit Broadway musical garnered four nominations at the 2013 Tony Awards and now its musical magic is set to hit theatres throughout the US, coming to in , ,

Filled with the back stories of legends such as Diana Ross, Smokey Robinson and a whole host of the motor city's favourite stars, and featuring billboard busting classics like 'My Girl' and 'Ain't No Mountain High Enough', this is an uplifting show about how Motown broke down racial barriers and got us all dancing to the same rhythm!

What is Motown: The Musical about?

Motown: The Musical follows writing impresario and founder of the Motown label, Berry Gordy as he fights against the odds to turn his improbable dream into all singing, all dancing reality. Adapted from Berry's own 1994 autobiography, 'To Be Loved', this is an incredible walk down memory lane, as we see how Smokey got his honey toned voice and how Diana found fame, amongst 50 classic songs that are guaranteed to keep you dancing all night long.

Berry Gordy nearly turned down the Jackson Five, because he didn't want to work with kids. It was Gladys Knight who eventually pursuaded him to sign them, a year later!

Suitable for audiences of all ages

Two hours and 45 minutes, which includes a 15-minute intermission

Nominated for FOUR 2013 Tony Awards including:

Best Sound Design of a Musical

This was a birthday gift surprise and might I add that it was one of the... more

Sound good to you? Share this page on social media and let your friends know about Motown - The Musical at Hippodrome Theatre.