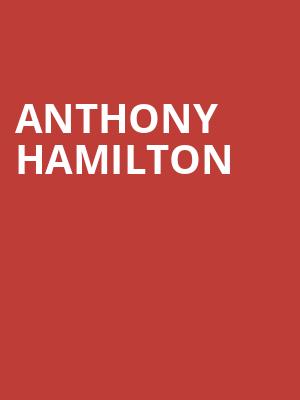 One of soul music's most consistent talents, this North Carolina native may also be its most considerate: a real-world romantic whose church background gives his work a prevailing sense of reassurance.

Set phasers to smooth and soulful!

With a voice as smooth as the glowing embers of a dying fire and a glass of pinot noir, Anthony Hamilton is the king of modern Soul and RnB. The Grammy-winning singer songwriter burst onto the scene in the early 2000's, after cutting his teeth as a backing singer for the likes of D'Angelo and 2Pac.

Hamilton channels the best parts of his predecessors Bill Withers and Ray Charles, i.e. a soulful resonance with a gritty, emotional edge. His romantic balladry is also tinged with a down-to-earth gospel quality that can really whip up a crowd.

Sound good to you? Share this page on social media and let your friends know about Anthony Hamilton at Modell Performing Arts Center at the Lyric.