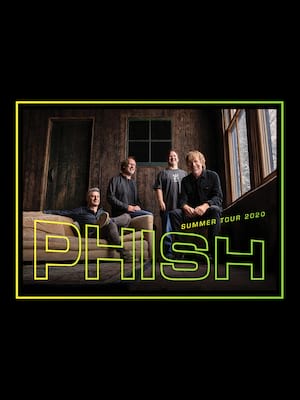 American rock band Phish return to the road this summer as they embark on a tour across the United States. Best known for their improvisation and extended jams, the band also blends elements of a wide variety of genres including, funk, jazz, rock and pop.

The current members of the band consist of guitar and lead vocalist Trey Anastasio, bassist and vocalist Mike Gordon, drummer and vocalist John Fishman, and keyboardist and vocalist Page McConnell. Although the band hasn't had much coverage on radio stations, they have developed a large and dedicated fan base and have sold over 8 million albums!

Make sure you catch Phish when they come to a city near you!

Sound good to you? Share this page on social media and let your friends know about Phish at Merriweather Post Pavillion.