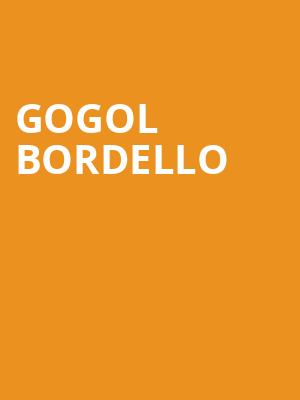 Gogol Bordello are a perfect band for their times. Not because they fit in. But because they absolutely and utterly don't. Pop desperately needs some reminders that it was once an unpredictable countercultural force, and it needs those reminders to be fu

It's hard to believe that Gogol Bordello have been in our lives for nearly two decades. The multicultural outfit are known for their high intensity, electrically-charged shows that twist and turn through genres at break-neck speed, all the while inducing smiles and palpable euphoria in the crowd.

Their heady fusion of gypsy jazz, Ukrainian folk and unmistakable pop rock hooks means they stand out for all the right reasons.

The band's latest effort was the reliably full-throttle effort Pura Via Conspiracy. Catch Eugene Hutz and his band of merrymaking misfits when they come to a city near you!

Sound good to you? Share this page on social media and let your friends know about Gogol Bordello at Rams Head Live.